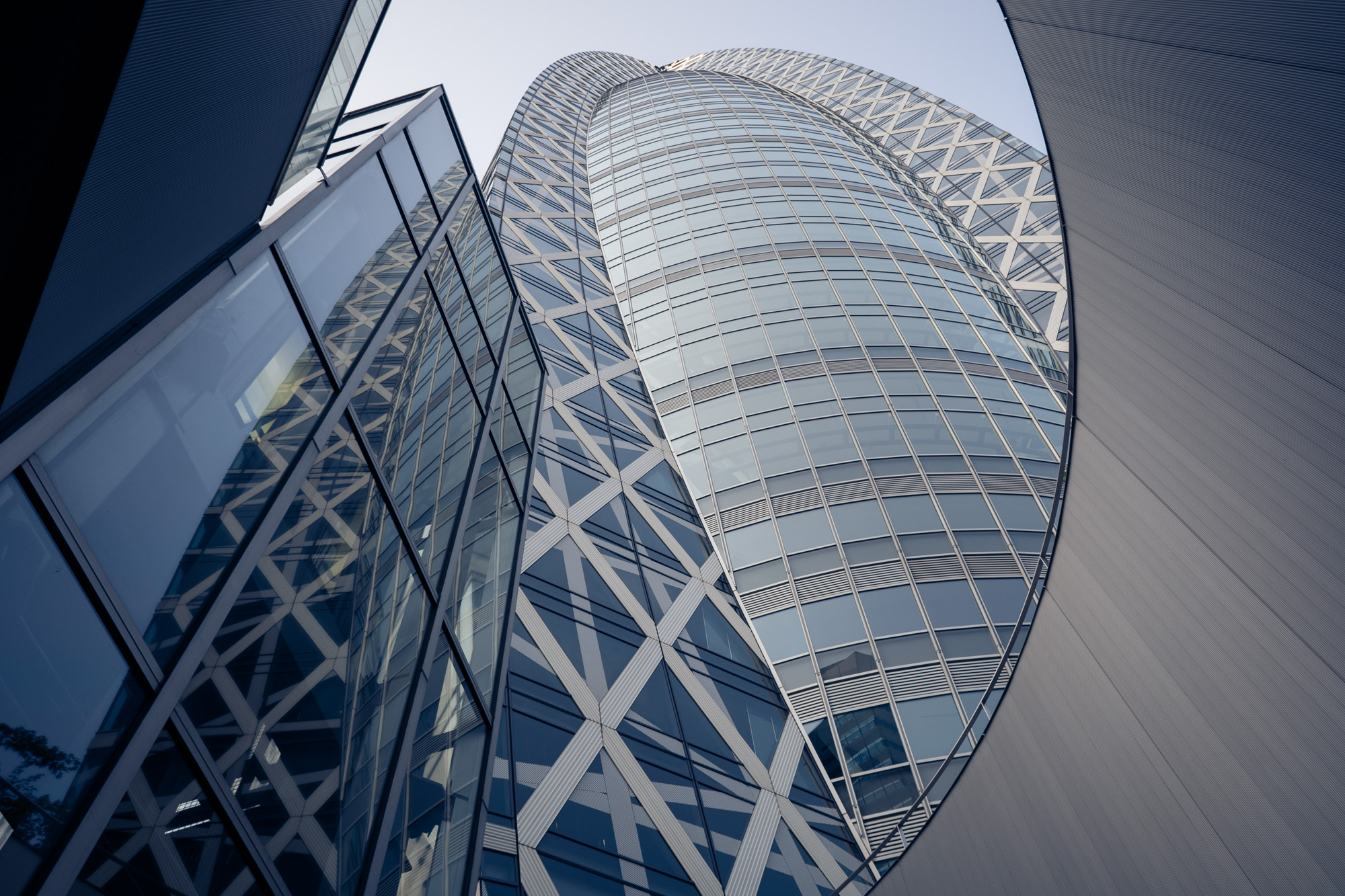 One of my favorite buildings in Tokyo is the Mode Gakuen Cocoon Tower. Located in Shinjuku, it’s one of the most striking buildings on the skyline. The above is shot from an unusual angle, looking up from an opening in the pedestrian tunnel that leads west from the station.

Before selecting a design for its new Tokyo location, Mode Gakuen held a competition asking architects to submit design proposals for the building. The only condition was that the building could not be rectangular. Mode Gakuen received more than 150 proposals by approximately 50 architects. The winning proposal was a cocoon-like structure designed by Tange Associates. According to Tange Associates the building’s cocoon shape symbolizes a building that nurtures the students inside. White aluminum and dark blue glass exterior form the structure’s curved shell, which is criss-crossed by a web of white diagonal lines earning it the name “Cocoon Tower”. A Tange Associates spokesperson stated that their aim was to use the building to revitalize the surrounding area and to create a gateway between Shinjuku Station and the Shinjuku central business district. The building’s design earned the firm the Emporis.com 2008 Skyscraper of the year award.